Surgical options include transplanting pigment cells known as melanocytes from normal skin to areas of vitiligo. Surgery is last line treatment. It can be considered if vitiligo is stable & patients fail to respond to topical creams & phototherapy.

FactsFacts on Surgery for Vitiligo

When is surgery advisable or considered?

Surgical intervention is carefully considered when-

What types of surgical procedures for vitiligo are available?

The aim of any surgical procedure is to repurpose or transfer pigment producing cells called melanocytes from normal skin to vitiligo affected skin. There are three approaches to surgical intervention:

What should you try before contemplating surgery?

Everything. Surgical procedures are the last line. You should exhaust all other treatments including microneedling, phototherapy, alternative medicine & supplementation.

What are micrografting for vitiligo?

Micrografts are the most natural way of melanocyte transfer. This relatively new treatment repurposes pigment cells from a donor site & transfers them to the recipient – vitiligo involved sites. Re-pigmentation can be seen as early as 4 weeks. Maximal depigmentation is seen at 6 to 12 months.

Candidates for this procedure include segmental vitiligo, stable vitiligo (greater than 12 months) as well as smaller areas (less than 150 square centimetres in total).

How is micrografting done?

The first step is harvesting of the donor site with a blade, don’t worry, it is painless as numbing creams & anaesthetic is used prior to harvest. The usual donor site is the thigh, inner arm or buttock.

The vitiligo site is then prepared using an erbium laser. This is also painless. The donor site epidermis is cut up into small donor skin dots, it is then placed in the recipient site & occluded for one week. Pigment will start to form at week 3-5, & over the next 6 months cover up vitiligo areas. Micrografting gives the most natural results & is successful in 78-85% of cases. Phototherapy post vitiligo micrografts can accelerate pigment production.

If you would like to undergo this treatment, a team of technicians are flown from Perth to Brisbane. The cost is around $8500 for one session. You will require phototherapy after ReCell for approximately 12 months.

What is Regenera Activa?

This is a form of stem cell therapy. Cells are harvested from the back of your ear. This is processed (less time and effort compared to ReCell). Stem cells are re-injected in vitiligo areas. This is purely experimental. No long-term studies are out as of 2021.

Yes, this before and after can be achieved with IPL, BBL, TCA medium depth peels, Q switch & even fractional laser, but the SPEED of treatment & the downtime is what makes pico laser different☄️☄️☄️
.
👍🏻This patient: treated with Picosure Pro. One setting, one wavelength in just 7 minutes 30 seconds. Recovery? About 6 hours of redness. A second treatment is optional
.
🔫System used: Picosure Pro. 755 nm picosecond laser by Cynosure. This is one seriously good piece of kit🥇
.
😎Davin Lim
Dermo
Brisbane🇦🇺
.
#dermatology #cutisdermatology #brisbanedermatologist
#dermatologist #pigmentation #skin #skinquiz #drdavinlim #hori #horinaevus
#picosure #picoway ...

A: Hori naevus. This is a form of dermal melanocytosis. Vast majority of misplaced melanocytes are in the dermis. Variants include epidermal + dermal involvement
.
Treatment: Q switch or pico laser. The latter has a better side effect profile, but I am undecided as to whether the clearance rate is really better with pico.
.
.
😎Davin Lim
Dermo
Brisbane🇦🇺
.
#dermatology #cutisdermatology #brisbanedermatologist
#dermatologist #pigmentation #skin #skinquiz #drdavinlim #hori #horinaevus
#picosure #picoway ...

Can IPL be used on darker skin types?What is stem cell therapy?

This is probably the future of vitiligo treatment. Ideally your pigment cells are harvested, then multiplied in a laboratory. These cells repopulate the areas of vitiligo. It is a natural way of increasing the density of pigment.

ASC or adipose stem cells are best for dermal conditions. There is a paucity of evidence to suggest that these stem cells can differentiate to pigment cells. I think we are 20 to 25 years away from predictable stem cell therapy.

Who are suitable candidates for vitiligo surgery & transplantation?

Financially, surgery ranges from $1990 to $8500. There is no Medicare rebate. Patients should understand that successful surgical transplantation of pigment cells is not guaranteed.

What are the side effects of surgery for vitiligo?

Side effects can be seen in up to 25% of surgical cases. This includes-

How large an area of vitiligo can usually be treated?

About 10 by 10 centimetres squared, or split into smaller patches. Treatment area will depend on the harvest of pigment cells. Spray on skin can cover a larger area compared to follicular unit grafting.

What is the success rate of grafting?

For non-cultured melanocyte transfer (punch, suction blister, split, & FUE grafts) the success rate is about 60-80%. Surgery does not cure vitiligo. Long term results are seen in segmental vitiligo as opposed to general disease.

When will you see the results?

Results can be seen as early as 3 months, maximal at 18 months. Post-surgery I encourage patients to apply pigment stimulating creams & to undertake phototherapy, either at home or in office.

It depends. In the context of widespread, generalised, acral & facial vitiligo, the answer is no. You do have a 2-15% chance of recurrence.

In the context of segmental vitiligo, melanocyte transfer can be argued as a long-term solution.

Will you still require phototherapy after surgery?

Yes. Surgery merely transfers the pigment cells called melanocytes to areas of vitiligo. You will still require UVB to wake these cells up to start producing melanin. 6-18 months of phototherapy is required.

*Phototherapy is Bulk Billed as it is under Medicare.

Does Medicare cover surgery for vitiligo?

For example, psoriasis patients have PBS listing for super expensive drugs, lasers for white skin types are covered (fully ablative laser resurfacing) whilst fractional lasers for darker skin types are not covered. Darker skin requires more conservate approaches, however Medicare states that the number of treatments are equal in all skin types, with neglect for safety (they pass this on to the specialist to decide).

Davin’s Viewpoint on Surgery for Vitiligo

Surgery should be viewed as last line treatment of vitiligo; the exception are small patches of segmental vitiligo. In some cases, I perform a test patch, prior to full transplantation. Though not 100%, it will give both myself & the patient an idea of how the graft takes, as well as other factors such as scarring.

I employ various methods including punch grafting, suction blister grafts, split thickness grafting, micrografts, as well as FUE transplantation. Autologous melanocyte transfer, namely ReCell is a novel technique. Despite reports in the literature, the success rate remains low. I prefer the micrografting technique as it gives the highest rate of re-pigmentation.

Over the next two decades we will develop better methods to multiple patient’s own melanocytes in petri dishes. This will markedly increase the numbers of cells that can be transplanted. The rate limiting factor is graft survival post-transplant. I suspect the answer will lie in moderately strong topical immunosuppressive agents. 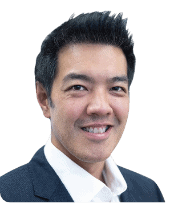 Join Dr Davin Lim on Instagram to stay up to date 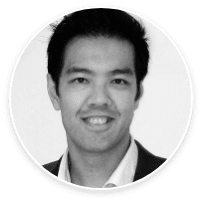 Dr Davin Lim has unparalleled experience in dermatology. Fill in the form below and he will get back to you with your query

Dr Lim has unparalleled experience in dermatology. Fill in the form below and he will get back to you with your query 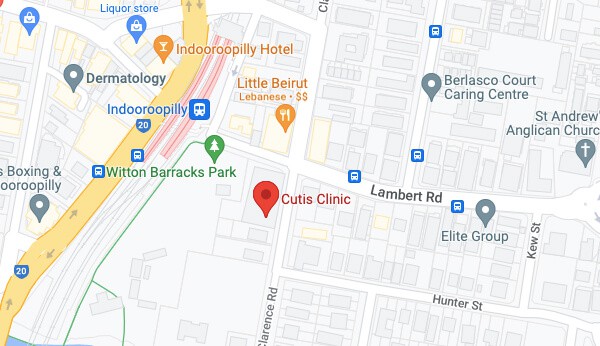